To attain the diamond (failed)
To make the zoo animals into slaves to mine diamonds (failed)
To escape the zoo or prison (succeeded, multiple times)
To create Zoo Keepers with blunderbuss guns (partially succeeded)

Imprisoned in a zoo

Feathers McGraw is a silent, yet villainous penguin that first appeared in the film The Wrong Trousers as the main antagonist, making him the first main antagonist of the Wallace and Gromit Franchise. He is a nefarious criminal-mastermind and bird of many faces - long thought to be a chicken, McGraw was actually exposed as a penguin, when his plan to rob a museum of precious diamonds was foiled by Wallace and Gromit. He wears a red rubber glove on top of his head, which is how he disguises himself as a chicken. This is apparently enough to fool Wallace, as well as the local law enforcement.

Similarly to Gromit, McGraw does not express himself with spoken words, but his facial expressions and body language speak volumes. His name is revealed at the end in a newspaper headline that says "Feathers McGraw back inside".

Feathers McGraw may appear as a harmless, if slightly unnerving, individual, yet his sharpened mind more than compensates for his small size and lack of physical strength. He is contentious, suave, manipulative and pragmatic. He is able to assess others quickly to get into their heads and can manipulate them to enable daunting circumstances to come out in his favour. He tends to keep his wits about him and maintain his concentration when performing elaborate tasks, even during intense episodes of anxiety and rage. He never allows his emotions to hinder his steady deliberation or to cloud his judgement. He clearly possesses some sociopathic traits as he has no problems taking hostages or attempting to pistol down anyone he perceives as a thorn in his side. His technological prowess is fairly impressive, as he retrofitted the techno-trousers with a remote control, and his intelligence is almost parallel to Gromit's. As a nearly flawless tactician, it takes an experienced genius to outwit and subdue him.

Appearance in The Wrong Trousers

He first appears as a guest at Wallace and Gromit's house, having been attracted by the "Room to Rent" sign. He was given the spare room by Wallace, but did not like the old, run-down looks of it. He instead took over Gromit's room, much to the latter's objections, since Gromit had to sleep in the older guest room. He took interest in the Techno Trousers, which he thought would be useful to him. That night, loud music from his radio annoyed Gromit and kept him up, but the penguin did not turn off the radio until he came back to West Wallaby Street late at night.

The next morning, whilst Gromit eats Korn Flakes when watching morning TV on a mini TV radio and Wallace dries his ears with a hairdryer, he put Wallace's slippers on his feet and took the morning paper to Wallace before Gromit, winning the latter's favor and causing Wallace to pay more attention to him rather than Gromit. Bitter and rejected, Gromit left home. A happy Feathers revealed that this was just part of his plan to get Gromit out of the way and modify Gromit's biggest birthday present (the Techno Trousers) for his own purposes.

The next morning, Wallace found his normal morning pants replaced by the Techno Trousers, having been modified by Feathers. Wallace is marched around town on a test run, controlled by Feathers, until he is tired out, with Gromit as a witness. Meanwhile, Gromit notices a wanted poster, saying "Have You Seen This Chicken?" which depicts a penguin similar to Feathers disguised as a chicken wanted for his many crimes. Gromit grows suspicious and follows Feathers to the museum where the penguin is seen measuring up the museum using measuring tape. When Feathers uses the tape to get back to the ground, he almost catches Gromit disguised in a box, but moves on. Gromit later discovers Feathers' plans to rob a diamond from the museum, but was too late to foil it after Feathers had papered Gromit's room with fish wallpaper.

Feathers used Wallace, sleeping, in the Trousers to carry out his plan. He marches Wallace to the museum, uses the suction feet to climb it, and steps off at a window. Wallace is marched to the top, enters through a roof air vent, and marches along the ceiling through many exhibits to the diamond room, with Feathers studying through blueprints. As Wallace was positioned above the diamond, Feathers is forced to modify the position several times before the positioning is just right. As the claw from the crash helmet hooks the diamond, it slips until the penguin catches it with the remote control. He then moved it up into the helmet, but as they tried to escape, the tiles came loose and Wallace swung off to the side, the claw activated the burglar alarm and the Trousers made the burglar shutter close before the Trousers were turned around. After escaping, Feathers marched Wallace back to West Wallaby street and revealed his identity. When Wallace ordered Feathers to release him, he trapped Wallace in a wardrobe and prepared to flee with the diamond.

But before he could leave, Gromit confronted Feathers with a rolling pin, but the penguin simply responded by pulling out a pistol. He forced Gromit into the wardrobe with Wallace and locked the door, but Gromit managed to rewire the trousers to stomp their way out. Feathers tried to escape onto a toy train set. He fired bullets at Gromit and Wallace, but missed. He shot off a dog door and tried to escape out it, but Gromit prevented this from happening. After Wallace disarms Feathers, the two try to catch the penguin with nets and their hands, but failed. Wallace freed himself from the trousers as the penguin switched the train track. Just as it seemed he could escape, Wallace collected the engine while Feathers' car was stopped by the Techno Trousers. He flew through the air and landed in an empty milk bottle. He was arrested and incarcerated in a zoo; however, A Matter of Loaf and Death indicated that he escaped yet again by a new wanted poster and a ladder coming from the penguin habitat, indicating that he escaped. Again!. (Capture him!)

Feathers McGraw famously appeared in a TV program in an episode of Cracking Contraptions named The Tellyscope called "When Penguins Turn".

He makes a cameo appearance in Curse of the Were-Rabbit: After Victor says "eat carrot, bunny boy!," Gromit flies in a toy plane. You can see McGraw randomly sitting on a building to Gromit's left.

According to Nick Park, Feathers made a very brief appearance in A Close Shave, but he didn't say when. A figure like Feathers is seen just before Gromit plunges of the 2,000 foot cliff in the side car. But if it is really him is unknown. At some other point in the episode, while Gromit is reading a book, the spine indicates that it is a "Penguin Classic" and a picture of Feathers can be seen on the spine.

As mentioned, it's indicated that he's escaped yet again in A Matter of Loaf and Death, due to a ladder and a new wanted poster; in addition, two of his kind can be seen briefly in the background as Piella Bakewell lands in a crocodile enclosure and is eaten.

A photo of Feathers is shown in the Shaun the Sheep Movie on the board where A. Trumper keeps photos of all the animals he has captured.

There is a drawing of Feathers wearing his red glove in the end credits of Early Man.

Feathers also appears in Wallace and Gromit in Project Zoo as the chief villain in which the imprisoned penguin attempts to takes over the zoo in order to create a diamond mine. Feathers captures baby animals in order to force their parents to do his bidding. He uses remote controls to control many of his inventions - including his boiler, helicopter, toy penguins, and mining machine. In the final level, Feathers uses an invention called the exoskeleton which fire missiles and wields buzz-saws. In the game's conclusion, Feathers is defeated yet he still tries to make one last escape; however when he exits from his hideout to leave the zoo, the other zoo animals catch him and take him back to his cell.

Feathers appears in the Wallace and Gromit Curse of the Were Rabbit DVD Game as one of the the things that can be displayed on the screen in the minigame "Imagi-Matic".

“What did he need that diamond for?” 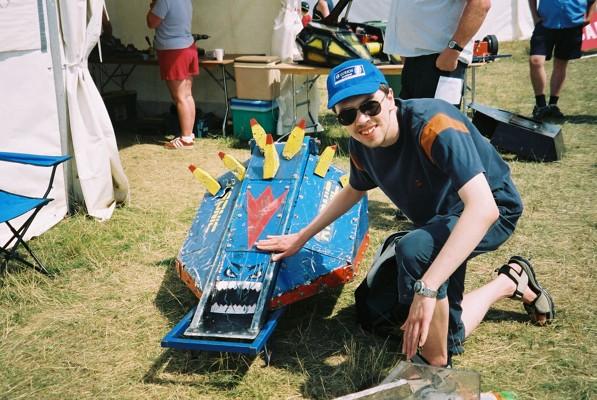 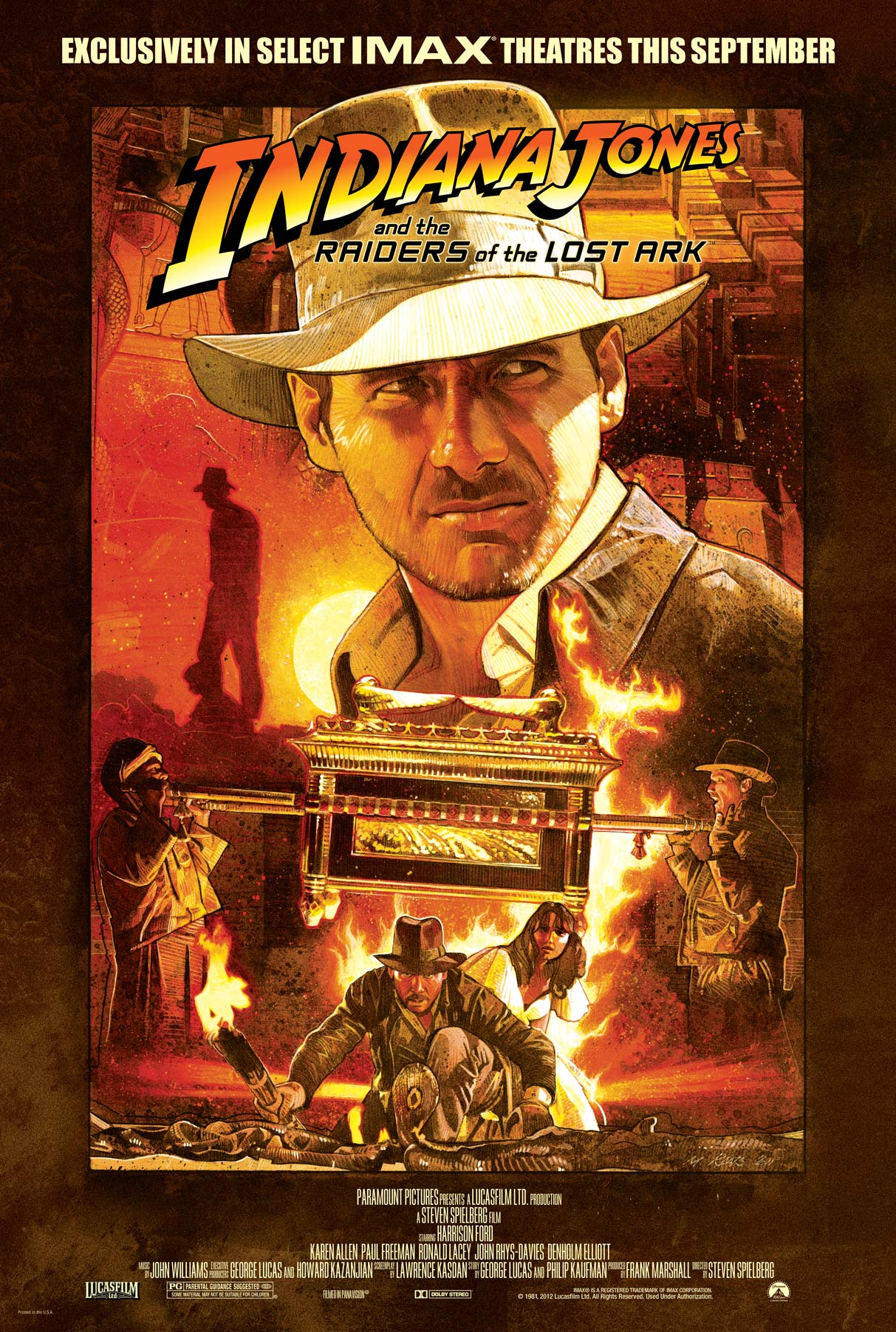