A Grand Day Out
The Wrong Trousers
A Close Shave
Cracking Contraptions
Project Zoo
The Curse of the Were-Rabbit
A Matter of Loaf and Death
Wallace & Gromit's World of Invention
Fright of the Bumblebees
The Last Resort
Muzzled
The Bogey Man
Timmy Time (cameo)
Gromit (usually nicknamed "Lad", "Mate", or "Chuck" by Wallace) is Wallace's silent sidekick, best friend, and pet dog. Gromit is the brains of the duo, and often rolls his eyes at Wallace's mad antics and ideas, often having to save Wallace from many scrapes and calamities.

Born on February 12th (possibly in mid-80's)[1], Gromit went on to graduate from "Dogwarts University" with a double first in Engineering for Dogs.[2] He enjoys knitting, playing cards, reading the newspaper, building things, and cooking. His prized possessions include an alarm clock, bone, brush, and a framed photo of himself with Wallace. He also cherished his giant vegetable marrow grown for the annual Giant Vegetable Competition shown in The Curse of the Were-Rabbit. He is also very handy with electronic equipment and often helps Wallace with his many inventions. It is also shown that he is an excellent airplane pilot, with the ability to fly just about any kind of small plane. In A Close Shave, he flew a small monoplane with a porridge gun to thwart Preston, the evil dog, and he was able to pilot a toy biplane in The Curse of the Were-Rabbit, though this is hard to explain since the plane was a toy and not meant to fly. He also had little trouble operating the plane's bomb doors in order to get rid of Philip, his nemesis.

Gromit is a sensitive, intelligent, resourceful dog with a genuine affection for Wallace. Being the less eccentric one of the two, he's much more aware than his master and has a better judge of character. In most cases, Gromit does the actual work while Wallace panics or gets himself into more trouble. Gromit is also shown to be very annoyed with Wallace when the latter makes friends with untrustworthy people, such as Piella Bakewell in A Matter of Loaf and Death.

Gromit is very loyal to Wallace and has a strong sense of justice. Not even at gunpoint did he waver in saving his master and upholding the law, as seen in The Wrong Trousers. However, there have been times when Gromit himself has been wrongly accused of crimes, like in A Close Shave, when he's accused of sheep slaughter, and A Matter of Loaf and Death, when accused and punished for biting Piella Bakewell. Despite his faithfulness, he does occasionally ignore or simply refuse to do what Wallace says. One example was in A Close Shave, where Shaun the Sheep was eating Wallace's cheese and Gromit disregards an order to sic him.

Gromit has a good nature and a kind heart, yet very critical of Wallace's inventions. He is also easily aggravated. Gromit doesn't express himself with spoken words, but his facial expressions and body language speak volumes. Many critics believe that Gromit's silence makes him the perfect straight man with a pantomime expressiveness that drew favorable comparisons to Buster Keaton.[3]Although at times he does make dog-like noises, such as yelps or grunts. In A Matter of Loaf and Death, he meets and falls in love with a poodle named Fluffles, an abused pet of Piella Bakewell. Gromit enjoys eating "Korn Flakes" and reading many books, including "The Republic", by Pluto; "Crime and Punishment", by Fido Dogstoyevsky; and a "how-to" guide entitled, "Electronics for Dogs". He also listens to Bach and can solve puzzles with ease. 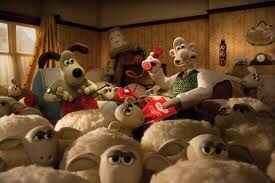 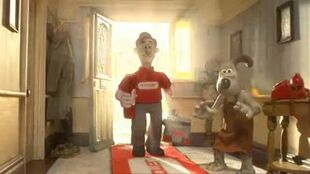 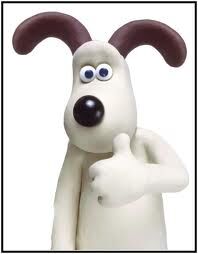 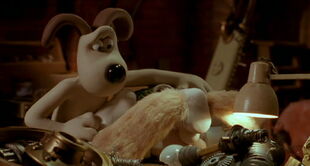 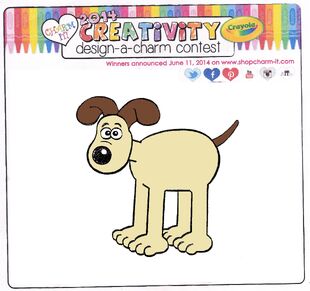 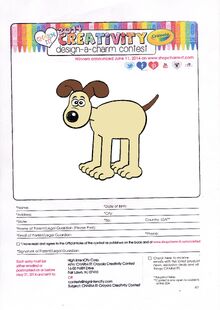 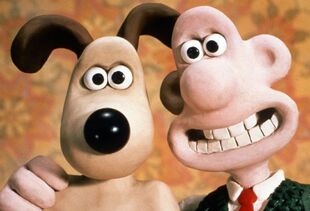 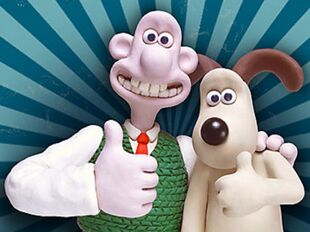 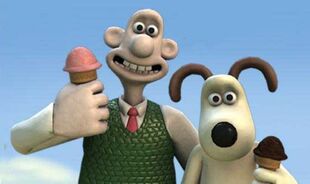 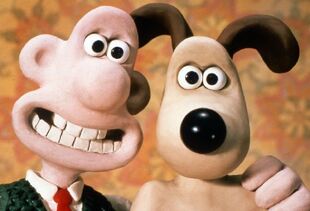 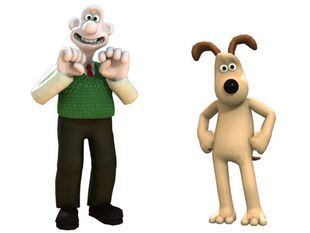 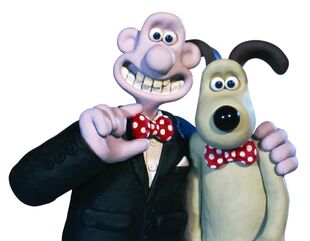 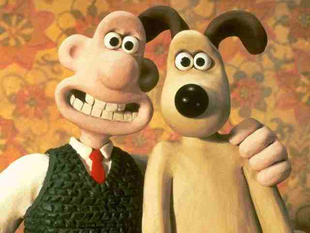 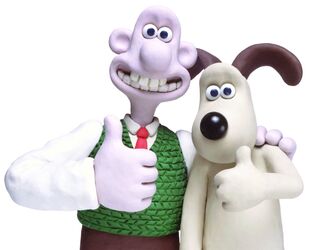 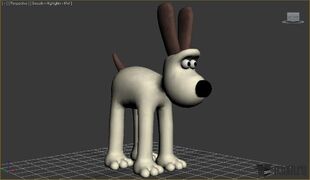 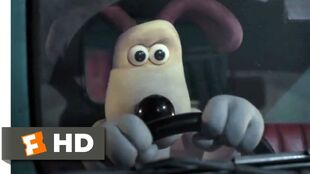 Gromit in the Fandango Movieclip
Add a photo to this gallery

Retrieved from "https://wallaceandgromit.fandom.com/wiki/Gromit?oldid=11734"
Community content is available under CC-BY-SA unless otherwise noted.