Shopper 13 is a short film in the Cracking Contraptions series. The film features the invention of a remote-controlled shopping trolley sent to do Wallace's cheese shopping.

The film is called Shopper 13 because it is the 'Shopper's' 13th trip or mission to the shops.

The film concludes with a cameo appearance by Shaun the Sheep as a probe.

To speed up the task of bringing cheese home from the shops, Wallace develops "Shopper 13", a trolley equipped with arms and accessories to retrieve/carry items. Though it sucessfully picks up the largest wheel of Edam cheese in the shop, Wallace frequently patronises, the weight causing one wheel to come off. Gromit guides it to grab a loaf of French bread, which it uses as a cane to limp home. The other wheel comes off at the front door, stopping the trolley and in the process, dumping the Edam in the garden. Wallace sends Shaun the Sheep to bring it in, but Shaun begins eating the cheese instead, agitating Wallace. He keeps calling Gromit, who is still in the basement, to stop Shaun, but Gromit ignores him, while Shaun happily munches away on the cheese. 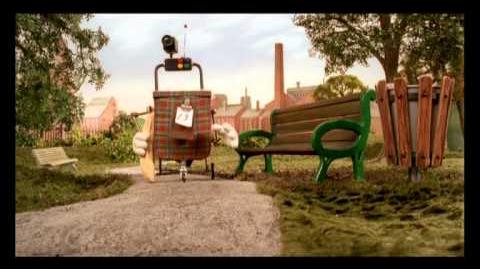